Donatella Versace is one of the most renowned fashion designers and fashion moguls to ever exist. Her brother Gianni Versace was the founder of the luxury fashion company called Versace, in which Donatella required partial ownership following his death. She has been a prominent figure in the fashion industry for decades and has created a respected reputation for herself. Many of her clients are celebrities and pop culture figures, which has allowed her work to be further seen and shared with the world.

Donatella has a wide array of talents and has been able to showcase them at various points in her career. As a fashion designer, model and businesswoman, she has made a lasting impact on the fashion industry and has revolutionized style time and time again. She has experienced a huge wave of success over her many years in the fashion industry, as well as having overcome some personal struggles and hardships. Through it all, Donatella worked hard at being the head of the Versace company and carrying on its legacy.

As a prime member of the fashion industry, Donatella's looks and styles have always been iconic, and it seems like a sense of beauty runs in the genes. Her daughter, Allegra Versace Beck, is breathtakingly beautiful and has a keen eye for fashion, much like her famous relatives. Much like her mother, Allegra has worked hard at finding her own voice and making her own mark on the world as she has helped make the Versace brand even more successful and carry on her late uncle's legacy.

Early Start In The Fashion World Donatella was born on May 2, 1955, in Reggio di Calabria, Italy. She is the youngest of four children. Fashion and design seemed to run in the family as her mother was a dressmaker and her brother, Gianni, had a fantastic eye for style. When she was just 11 years old, Gianni had encouraged her to dye her hair blonde to emulate Italian singer Patty Pravo. This change in appearance has become a staple in Donatella's iconic look, as she is well known for her elegant stance and bright blonde hair.

Speaking with the Guardian in September 2017, Donatella talked about her iconic appearance and her stance in the brutal yet beautiful world of fashion. "I was not born fantastically beautiful, but I always wanted to be impressive," she said. She explained how she bleaches her hair to be the bright blonde color everyone knows and loves and constantly wears high heels to come off as taller.

During the 1970s, she was extremely busy pursuing both an education and career while helping out her brother. She studied literature and languages in Florence, Italy, but commuted to Milan every weekend to work with Gianni. While she had plans to join him in the public relations department, he had a different vision for his younger sister and believed she was a great muse and critic, thus beginning her start at a career in the world of fashion. She and Gianni were extremely close siblings and spent a great deal of time together helping to bring their visions to life. In 1989, Gianni even launched a perfume dedicated to Donatella called Blonde and gave his sister her very own label, Versus, in the Versace line. "I was his doll and his best friend," Donatella told the Guardian as she talked about her relationship with Gianni. "He dressed me up in cool clothes, took me out to discos and clubs from when I was 11. I loved it. It was the best time of my life."

The duo was unstoppable and a fierce match for the competitive nature of the fashion industry. Donatella's world was rocked on July 15, 1997, when her brother was murdered outside the Versace Mansion in Miami, Florida. The horrific incident was global news, and the illustrious family found themselves secluding from the spotlight to grieve as the rest of the world witnessed a highly publicized manhunt for the man responsible for Gianni's death. Following the designer's death, Donatella inherited 20% of the Versace company, with her brother, Santo Versace, inheriting 30% of the brand himself and fifty percent going to her then 11-year-old daughter, as per Vice.

Just three days after his death, Donatella was busy and back to work to help carry on the legacy of the Versace brand. She put on an Haute couture fashion show for the Versace Atelier at the Hotel Ritz Paris, with the show's runway built over the hotel's swimming pool, just like how her brother had it set up.

She had gone on to become the head of the famous company and, although the first few years were a bit rocky and unstable, she eventually found her footing and made a real impact on the Versace brand with her redefined feminist perspective in 2005. While Gianni had run Versus, Donatella did not prioritize it as much following his death. The Guardian reported that she hired Christopher Kane in 2008 to help revive the line.

Speaking with the Guardian, Donatella talked about the struggles she faced being in the spotlight following her brother's untimely death. "When my brother was murdered, I had the eyes of the whole world on me and 99% of them thought I wasn't going to make it. And maybe I thought the same, at first," she admitted. "My brother was the king, and my whole world has crashed around me."

Becoming a fashion mogul and businesswoman for the Versace company overnight was challenging, but Donatella went on to do just that and did it extremely well, leading to the brand's further success down the line. The Guardian reported that the family still owned 80% of the business in 2017, with most of the shares being in the name of Donatella's daughter.

Leading the Versace line and showcasing her many talents, Donatella went on to acquire quite the collection of celebrity clients. Her work has been worn by singers such as Madonna, Courtney Love, Christina Aguilera, Lady Gaga, and Beyonce.

One of her most famous works that have been seen by the world and now even exists in a museum was a green dress worn by Jennifer Lopez at the Grammy Awards in February 2000. The dress' fabric was sheer and revealing and showed off Lopez's stunning figure. With a tropical leaf and bamboo pattern, the dress has gone on to be referenced as the "jungle dress," and a duplicate of the iconic piece is featured at the Grammy Museum while Lopez still owns the original. Lopez went on to publicly wear the dress again in 2019 for the Versace Milan Fashion Show, at which she received a standing ovation for the slightly altered dress, according to Vogue. Donatella recalled the advice she would have given her younger self following her taking over the creative control of Versace in 1997. "I would say to myself: be strong, and stay true to yourself," Donatella said. "But most of all, follow your own instincts, and don't try to be Gianni."

Truly making a mark on the fashion world, Donatella has helped new and aspiring models earn their place in the fashion industry. Speaking with Elle in February 2020, she talked about having a real knack for spotting people who are set to make it big. "You have to have an eye to see behind the way they look," Donatella explained. "I look for what they represent."

She also talked about how she saw great potential in model Gigi Hadid and knew she would make it big one day. "I met Gigi when she was 16, and she was gorgeous, of course, but she wasn't a typical model at the moment," Donatella said. "But there was something there: a kindness, a tenderness, the beauty inside, not just outside. One of her first fashion shows was for me."

Her sense of fashion has surpassed clothing, as Donatella has also designed a handful of Palazzo hotels around the world, including the Palazzo Versace Australia in Queensland, Australia, and the Palazzo Versace Dubai on the foreshore of the Dubai Creek. Her name and legacy have gone on to be used and showcased in multiple pop culture references, from movies to television shows to songs. Actress Gina Gershon portrayed the designer in both the ABC TV series "Ugly Betty" as well as the Lifetime movie "House of Versace." Lady Gaga, a popular client of the designer, wrote the song "Donatella" in 2013 for her album "Artpop" in dedication to Donatella herself. Donatella made a cameo in the movie "Zoolander," and her name was referenced quite a few times in the film "The Devil Wears Prada." Perhaps most notably, the second season of "American Crime Story" depicted the assassination of Gianni, with dramatized reenactments and storylines following the Versace family. According to Vice, Donatella sent a list of factual mistakes to the production company working on the series.

Gianni's death had weighed heavy on her heart for years, but Donatella has since expressed that she feels stronger now. "Now, I feel like the death of my brother made me strong," she said. She added, "I had to be strong for the company. But most of all I had to be strong for the family. People thought I wasn't a warm person, but I was just trying to keep myself together."

Also in 2018, Donatella sold the Versace company to Capri Holdings Limited, a multinational fashion holding company founded by fellow fashion designer Michael Kors. "I was very careful about deciding something like that, which could change my life completely," Versace told Elle about selling the Versace company. "I think the company needs to move ahead. I'm very happy about my choice, because Versace can grow faster." Donatella was married to former model Paul Beck from 1983 until 2000, during which time they had two children together, Allegra and Daniel Versace Beck. Allegra was born on June 30, 1986, with Daniel being born three years later, and they were raised in Milan, Italy. Donatella went on to remarry and married Manuel Dallori in 2004, but the couple divorced just one year later.

Since 2011, Allegra has worked as a director of Versace, helping to carry on the illustrious family business. "I have asked my mother — I was reluctant at first, because I know little of finance — but then I realized that it was necessary for me to understand, participate, learn of this world," Allegra said, as per Pop Sugar. During what she calls her "period of absence," Allegra went to the United States to study French, theatre, and art history at UCLA, act in independent films, and finally get away from constantly being a prime figure in the spotlight. "Still, anywhere I went, I was a Versace," she explained.

With such a famous and fashionable family, Allegra has been compared to her mother every now and then despite the fact that they have a few differences. "We are so close even if she is different from me — she is impetuous and determined, I am reflective and quiet," Allegra said. "She uses celebrity in the service of work; I hate that celebrity."

Despite their differences, both Donatella and Allegra have worked hard at finding their voice and making their mark on the world as women and fashion moguls. Donatella has led the Versace line to success, and her daughter has been sure to keep the family legacy well and alive. What do you think about Donatella Versace's long-lasting and meaningful career? Were you surprised to find out that so much of the Versace company went to her daughter? Let us know, and be sure to pass this on to your friends and family, too! 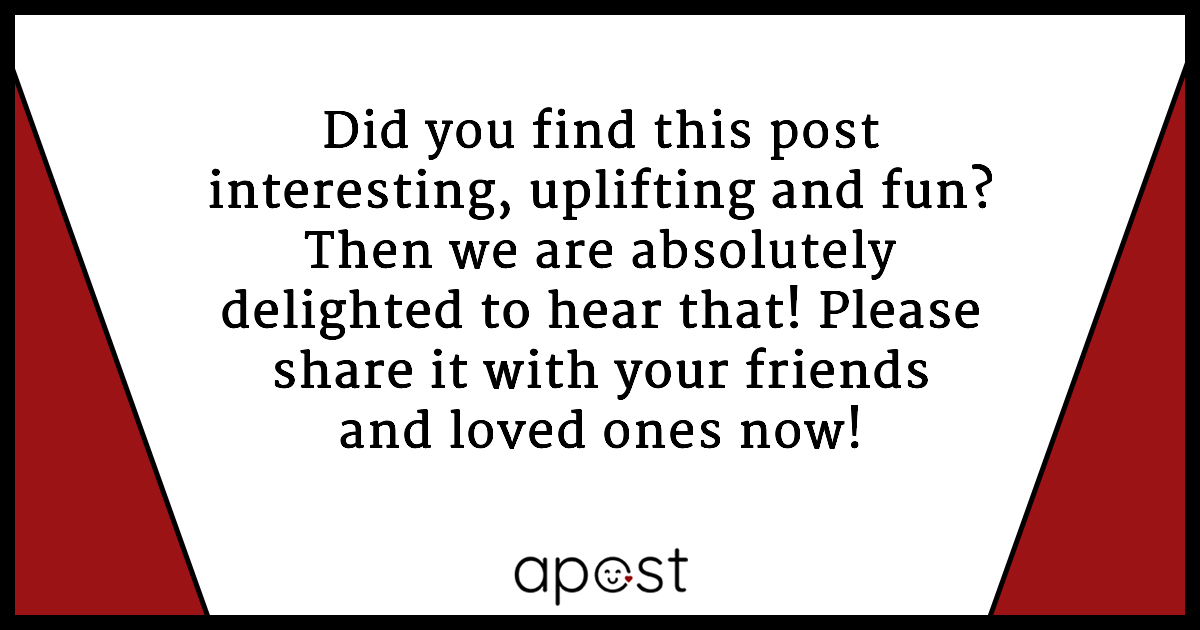